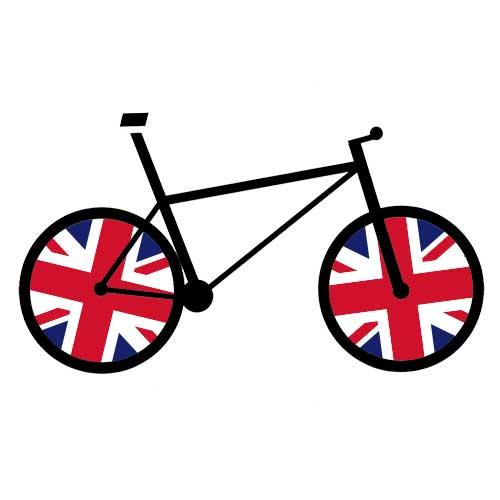 The 13th Tour of Britain starts on Sunday 4th September 2016 until Sunday 11th September 21016.
The Tour of Britain is Britain’s national Tour and is the UK’s highest ranked cycle race attracting the world’s top riders to race on UK roads. There will be 3 hours live coverage of the race every day by ITV4.

The list includes 10 of the UCI’s top level WorldTour teams. Mark Cavendish with Team Dimension Data and Sir Bradley Wiggins for Team WIGGINS will be taking part in the Tour.
There are 8 Stages of the Tour of Britain covering Scotland, Wales and England. The Tour begins in Glasgow then travels to the west and south-west of the UK and finally comes to a climax in London.

The Grand Depart for 2016 begins in George Square, Glasgow on Sunday 4th September. It is the first time since 2006 the opening stage has started in Glasgow.
From Glasgow, the peloton will head south through Kilmarnock and Ayrshire making its way towards Dumfries & Galloway. It will pass Loch Doon and Loch Ken, skirting the outside of the Galloway Forest Park. After 161km of racing the finish will be in the town centre of Castle Douglas.

On 5th September 2016, the Tour of Britain will once again return to Cumbria for Stage 2. This stage has 3779m of climbing!! Starting at Carlisle city centre, the riders will head south to Penrith before tackling the hills of the Lake District, including Whinlatter Pass. The riders will pass through Cockermouth and Keswick before the sternest climb – known as The Struggle – comes at Ambleside. There follows a descent down to Windermere before the run in to the finish at Kendal. The 200m, 11% average climb of Beast Banks waits the riders in the finale! This stage is 188.2 km.

Tuesday 6th September is Stage 3 day. From the market town of Congleton, the peloton will make their way west through Crewe and Nantwich before looping back on themselves towards Sandbach. After a weaving route north the riders have their first visit to Tatton Park. They’ll pass the finishing line BUT then start a large loop taking them into Cheshire’s Peak District which includes a 10km climb of the Cat & Fiddle above Macclesfield. Finally the riders will race through Knutsford to the finishing line once more at Tatton Park. This stage is 179.4km.

The longest stage of the Tour of Britain takes place on Wednesday 7th September and covers 217km! It is also the Stage with most climbs – an ascent of 4133m!! Gruelling day through the Clwydian Hills and Cambrian Mountains!
The race starts in Denbigh and heads into Flintshire and Mold before racing south to Corwen and into Powys. The riders will skirt the Snowdonia National Park. The peloton continues south, through Rhayader before the fast run in to Builth Wells. The finishing line is in the Royal Welsh Showground.

Stage 5 covers 205km and 3675m of climbing. Thursday 8th September takes the Tour across South Wales and into Gloucestershire.
Starting from Aberdare in Rhondda Cynon Taf, the riders head east through Pontypool and Usk before racing through the Forest of Dean and up along the Severn Estuary into Gloucestershire. Into the Cotswolds, passing through Stroud and Dursley the riders make their way towards the finish in historic Bath. This is the second time the Tour has visited the city but this is the first time it has hosted a Stage finish.

Having not visited Devon in last year’s Tour, the race is back with a challenging Stage 5 on Friday 9th September. There will be a summit finish after a 6km climb of Haytor at Bovey Tracey in the Dartmoor National Park.
The stage starts in Sidmouth and covers 150km of Devon countryside, finishing with a SKODA King of the Mountains climb at Haytor - a repeat of 2013’s summit finish. The stage passes through Ottery St Mary, Honiton, Tiverton, Crediton, Chudleigh, Moretonhampstead and Bovey Tracey.

Saturday 10th September is the penultimate day of racing for the Tour. A double stage including both an individual time trial and a circuit race!
Both stages start at Bristol Downs before a 15.3km circuit taking in some of Bristol’s most iconic sites. The time trail in the morning AND the circuit race in the afternoon will take in the 9% 600m climb of Bridge Valley Road. The circuit race will be six laps. The time trial begins around 10am and the circuit race between 2.30pm and 5pm.

Sunday 11th September sees the conclusion of the 2016 Tour of Britain in the ehart of London. The circuit completed in the 2015 race will be used again.
Starting around 2.30pm at Regent Street, St James, the riders will contest 16 laps of the circuit- 100km in total! They will pass Regent Street, Piccadilly Circus and Trafalgar Square on each lap giving spectators the chance to see the world’s top riders racing in London. Start time approx. 2.30pm.