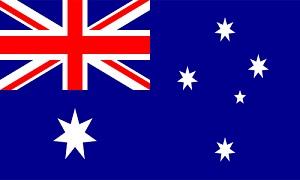 AUSTRALIA DAY IS CELEBRATED EVERY YEAR ON 26TH  JANUARY.

This day commemorates the first landing in Australia by Captain Arthur Phillip on the HMS Sirius. His fleet of 11 ships carried 1500 passengers, which included 700 prisoners. His mission was to establish an agricultural camp.

It was January 26, 1788 when the First Fleet landed in Sydney Cove. Between January 18 and 20, 1788, the First Fleet of 11 ships sailed into Botany Bay to set up a penal colony there but the bay proved to be unsuitable. Captain Phillip took a team north and named the area on the south shore of Port Jackson as Sydney Cove. The formal establishment of the colony occurred two weeks later on February 7.

By 1792, when Captain Phillip returned to England, the colony was prospering. As a sense of patriotism and pride developed, the people began to consider January 26 as their founding day. In 1818, January 26 was declared a legal holiday, marking the 30th anniversary of the British settlement in Australia. Over the next 80 years, the population steadily increased, and five additional self-governing colonies were created. On January 1, 1901, all six colonies united to form the Commonwealth of Australia.

The name “Australia” was first suggested by Captain Matthew Flinders, an English navigator and surveyor. He was the first explorer to sail entirely around Australia and identify it as a continent. “Australia” means “southern” in Latin. The continent was officially christened “Australia” in 1824. There are many festivities held to celebrate Australia Day.

In Sydney it all starts at the Harbour with the 7:30am raising of the Aboriginal and Australian flags on Sydney Harbour Bridge. This dramatic event begins with the lighting of an honorary fire at the Sydney Opera House, which is carried to the Tribal Warrior, an Aboriginal vessel. Bark canoes are then dispatched to meet the Tribal Warrior beneath Harbour Bridge. Fire from each of the tribes rises like incense as the Aboriginal and Australian flags are raised, paying tribute to the nation’s history. Other activities include a spectacular 21-Gun Salute to Australia at 12pm at Bradfield Park, under the Sydney Harbour Bridge. Military officers are honoured by the salute from the Royal Australian Navy Flagship. Completing the grand ceremony is a breathtaking aerial display by the Royal Australian Air Force.There is a Harbour Parade, Tall Ships Race and a Regatta taking place at Sydney Harbour. In Melbourne there is the Australia Day Parade. It is preceded by a rousing flag-raising ceremony at 10:30am, at Melbourne Town Hall. The Governor of Victoria gives an Australia Day Address, accompanied by the Royal Guard of Honour. Then the Premier of Victoria leads the public in the Australia Day Affirmation. At 11am, the colourful parade begins on Swanston Street. It then crosses Princess Bridge and proceeds into Kings Domain. Admiring crowds line the streets, cheering on participants and waving flags and banners. Kings Domain Gardens in Melbourne is the site of a classic car show on Australia Day. Over 450 vintage, veteran, and classic vehicles are on display in the gardens, beginning at 10am.  At 3:30pm, the cars leave the gardens, and process through the streets. The event is sponsored by local community groups, including Greening Australia, Royal District Nursing Service, Alzheimer’s Australia, and the National Stroke Foundation. A day-long celebration takes place at Docklands in the NewQuay Piazza. Beginning at 12pm, there are special performances, live music, and free activities. Concluding the fun is a fabulous fireworks display.

In Brisbane, at The Parklands at South Bank, fireworks cap off a day of music, interactive art, and swimming. Perth’s Langley Park is the site of the state’s largest annual fireworks celebration. The park is also host to pony and camel rides, a petting zoo, and a laser water show.

For all your Australia Day flags, bunting and hand wavers visit www.theflagshop.co.uk OR call 01246 297600 to place an order.